When it comes to coding and development projects, we tend to look at them as personal projects, side kicks or "side hustles." That is, we think of development primarily as a hobby, or something one does to improve tech proficiency. This is perfectly reasonable, because for most of us coding and programming will only ever be personal projects! However, there are some cases in which development can become a business opportunity as well - and many of them exist in, surprise surprise: gaming.

Some are under the impression that only big, established companies find real opportunities in game development. To get rid of this perception, take a look at Polycorne, a small gaming developer company in France. Although small, they have produced a solid game (Silicon City) for the masses. Another example, an incredible one, is Supercell - a company started by six people in Finland that developed mobile games and sold a 51% stake for 1.1 billion euros just a few years later. This is of course a fairly extreme example, but it shows that an individual or a small team of developers can find legitimate opportunity in gaming. 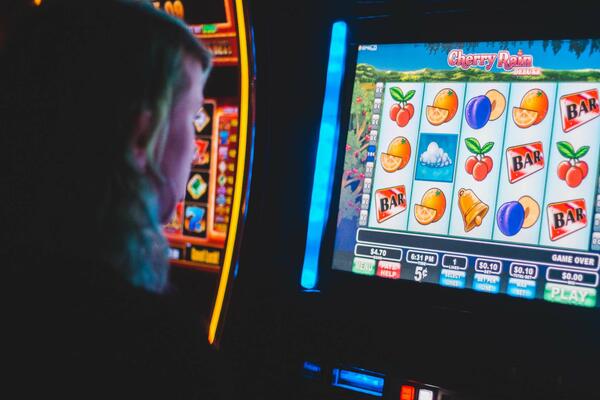 A slot machine in a Casino. It's a Game! Image source

One does not think about this at the first thought, but one of the best areas in which to seek out that kind of opportunity may ultimately be in the online casino community, where there are numerous types of slot and arcade games that can be made through fairly simple development processes. To provide a brief overview, here’s a look at the different slots and slot-adjacent games popular in this category:

These different styles of slot games make for satisfying variety for players. But they actually make for an incredibly simple environment for development. There are hundreds if not thousands of games across these categories, and they tend to adhere to roughly the same development requirements. Here, generally, is how they’re made:

First, there is art development to consider. While casino slot art has grown more vibrant and sophisticated over time, it is still largely based on hand-drawn and computer-generated sketches. An experienced artist will have the best luck at conveying a theme (right down to title fonts and numerical representations). But in theory any developer can draw up the art for a slot game without any complicated development requirements.

As a sort of side component to graphics, developers also need to consider the game mechanics — in this case, what can happen on the screen at any given moment. This means concocting any and all possible image changes that can occur based on the player’s actions (such as a jackpot graphic, or a transition to a mini-game, etc.).

Next, developers need to decide where they want the game to be accessible, as this will influence what coding language is used. Fortunately, most of the languages used in this type of development fall on the simpler end of the spectrum. We’re not quite talking about basic HTML, but a majority of slot games are built via JavaScript (or Java for mobile versions). Some particularly large or complex slot games will employ C++, C#, or Lua as well.

Once a language is chosen a slot developer also needs to choose an engine within which the game can be developed. Unity and Corona are common choices for the increasingly popular mobile slot category, while Unreal Engine 4 and Construct 3 are perhaps most useful for web-based slots. These engines essentially help the core design and code for a slot game come to life as what will ultimately be a full video game.

Naturally there are plenty of specifics that go into the actual development process. Developers have to code in functions and outcomes, employ random number generators to randomize slots fairly, and if desired, build in their own mini-games or jackpot animations. It can be a fairly in-depth process, even if it’s fundamentally a simple one. But these steps illustrate the process developers have to learn if they’re interested in turning development into potential opportunity in the busy world of online slots.