Brother MFC 9330 CDW and the mystery of the unwanted embossing marks (a.k.a. fuser replacement)

When my Brother MFC 9330CDW started to print papers with embossing marks (with the shape of a corn plant - but that may just be my imagination) on it, something was definitely not printing as it should. 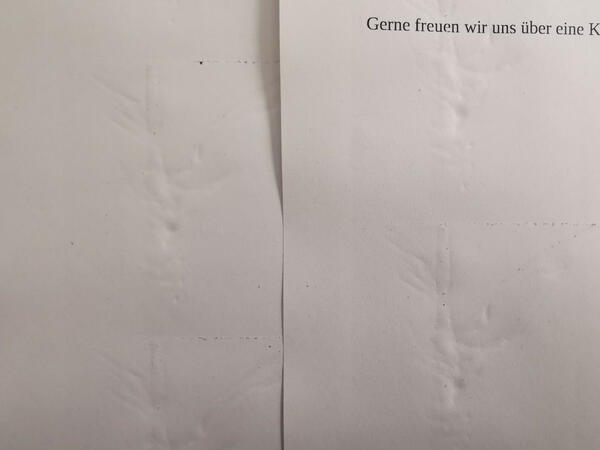 But what would cause these horizontally re-occurring marks?

I publicly asked this question on Twitter and received good comments. At the end it turned out to become a real-live streaming troubleshooting thread. 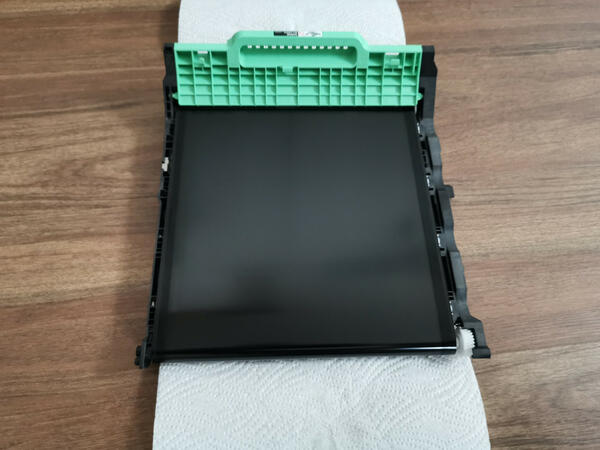 Additionally to this, all toner/cartridges were checked that they correctly "snapped" into the drum units.

According to visual verification (and to comments on the mentioned Twitter thread) the problem must be elsewhere.

Focus on the back of the printer

When I opened the back of the printer - this is where the fuser unit is placed - I immediately saw something which should not be there: Some broken-off pieces laying there next to the fuser roll. 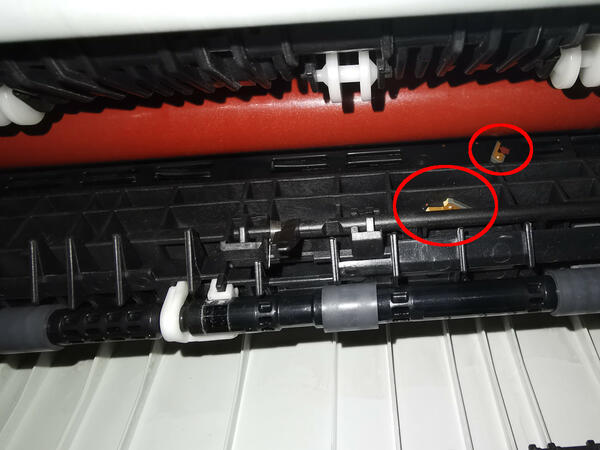 I removed these two pieces. But the question is: Where did these pieces come from? From what part did they break off? This is where my focus shifted towards the "inner" roll of the fuser, the roll in black: 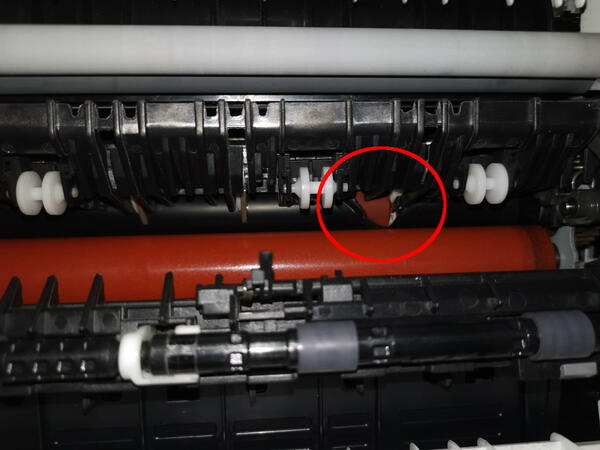 A look closer at the "shape" of this defect, seemed to confirm the "corn plant" on the printed pages. And due to the fact that this is a roll, the horizontal re-occurring "stamp" on the papers is explained, too.

A replacement for the fuser unit (Brother product ID LY6754001) was ordered for CHF 138 (USD 155 with todays FX rate) and I got it a day later (delivery times have certainly improved in the last decade!). 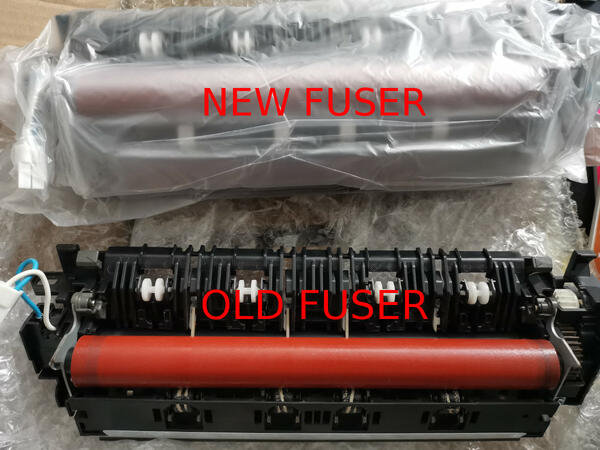 Next step: Replacing the fuser unit. Luckily there's a great video by Hermes Lara on Youtube which shows how to remove the fuser and place the new unit back into the printer. I strongly suggest to look at that video and do the replacement while watching it.

Note: The video is for the MFC 9340CDW, which is a bit newer than my MFC-9330CDW. But the pieces and the replacement methods are the same.

The printer without the fuser unit: 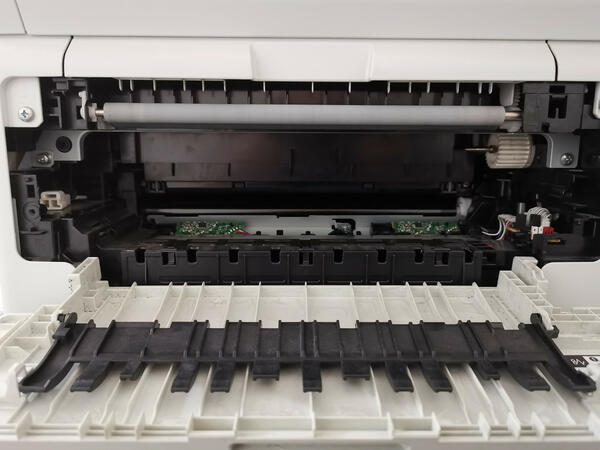 ... and with the new fuser unit built in: 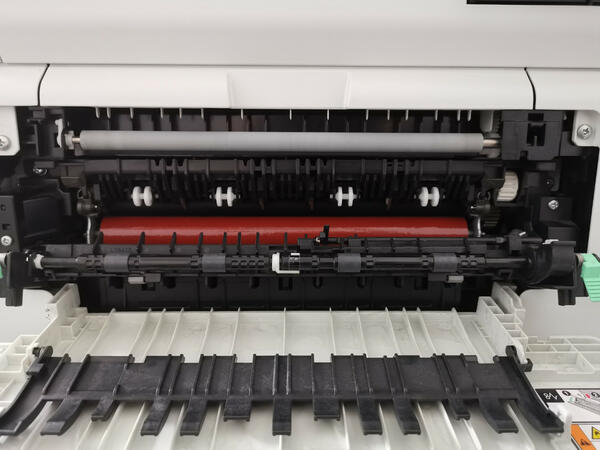 Right after this, the printed pages looked correctly again!

Besides the replacement fuser was a note: It is required to update the machine to the latest firmware after replacing the fuser unit. As I already did this in one of the first steps when I tried to figure out the reason for the marks, I didn't have to run a firmware update anymore. But as of this writing in January 2021, the newest firmware version is:

Now that the fuser was replaced, the printer still thinks the old fuser unit is in the printer. This can be verified by checking the maintenance info page on the printer's IP:

Use this procedure to reset the fuser counter:

I created and shared a video for this: