Wake on LAN (WOL) is a technology which allows to boot a computer from the network interface. A "magic packet" is sent from another machine in the same network (broadcast range) and is received by the connected network card (NIC). Even if the computer is powered down, the NIC is still able to receive network packets - if enabled in the BIOS/UEFI.

First boot into the motherboards BIOS/UEFI Setup. This can be done by pressing F2 or DEL during early boot phase. 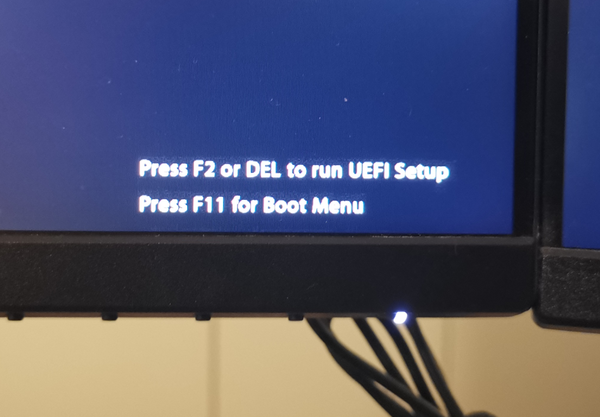 Once in UEFI, select "Advanced", then open the "ACPI Configuration": 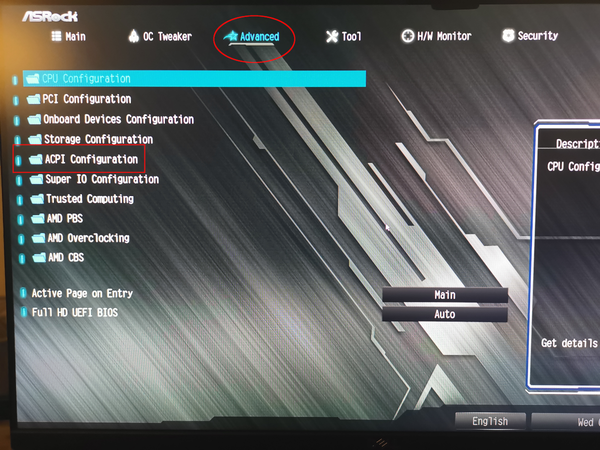 The Wake on LAN relevant setting is called "PCIE Devices Power On", which may sound confusing but that's actually the setting responsible to enable WoL: 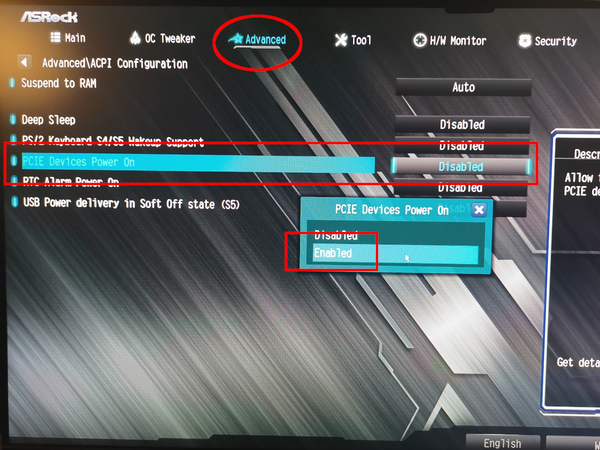 Once you've set "PCIE Devices Power On" to enabled, save the settings and exit UEFI.

Enable Wake on LAN in Linux

But that's not enough (yet) to accept Wake on LAN magic packets. The network card also needs to be told that it should listen to magic packets. In Linux this can be achieved with the ethtool command.

The full output of ethtool run against the network interface (here enp3s0) shows the card's capabilities:

To see the Wake on LAN specific settings, use:

This shows what kind of Wake-on options this card supports: "pumbg". However right now the current setting (Wake-on) is set to d (disabled).

To enable Wake-on on this card, set the option to "g" (Wake on MagicPacket):

Verify that the setting was saved:

Now run the command ip a and note down the physical (MAC) address of the card:

Any other computer (or even mobile phone) in the same network can now send such a magic packet to wake up and start up the computer.

From another Linux machine you can use the wakeonlan command by using the MAC address noted down before:

Voilà, your machine should now boot up. At least mine did.

NIC config is reset after boot

Note that the Wake-On setting is most likely reset after a reboot. You could add the ethtool command above into /etc/rc.local to execute this command during start time. Note that in newer versions rc.local is by default disabled. See /etc/rc.local does not exist anymore, does it still work? for more information.

Another way is to add this into the network configuration, e.g. /etc/network/interfaces as "up" command. But Linux Mint uses /etc/NetworkManager by default.

The easiest way is to search for "Network" in the Linux Mint search, then select "Advanced Network Configuration". 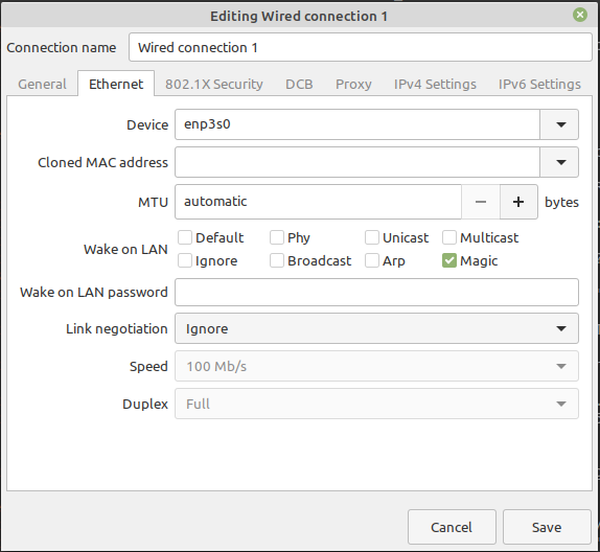 Disable the "Default" option and instead select the "Magic" option.

This will create or modify the config file under /etc/NetworkManager. Or you can skip the configuration in the GUI and manually add the wake-on-lan setting into the relevant Network Manager config file in the [ethernet] section:

The value "64" represents the MagicPacket configuration.

The next time, "Wired Connection 1" is (re-) connected, the Wake-on option will be set on the network interface.