As maintainer of the open source monitoring plugin check_esxi_hardware, I test the plugin's compatibility against multiple versions of VMware ESXi (vSphere). The newest version, ESXi 8, was officially released in November 2022. Time to test check_esxi_hardware on a ESXi 8.

To simplify the setup, I usually install a ESXi version as a virtual machine. This allows to quickly start up ESXi and its services, including the CIM server. The plugin can then be tested against this ESXi version.

But when I created a new VM and tried to install ESXi 8 in it, the following purple error was shown on the VM console:

The system has found a problem on your machine and cannot continue.
Failed to decompress vmx.v00, status: Admission check failed for memory resource 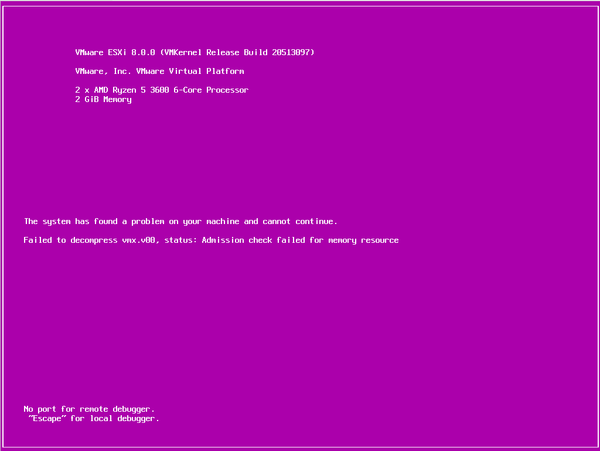 This rather cryptic error message does not really show what is causing it.

With the [ESC] key the local debugger can be opened:

Using the [L] key to see the vmkernel log, which hopefully shows some additional information about this error.

Although the log events don't really show an explanation, there is one important "hint" in the logs: 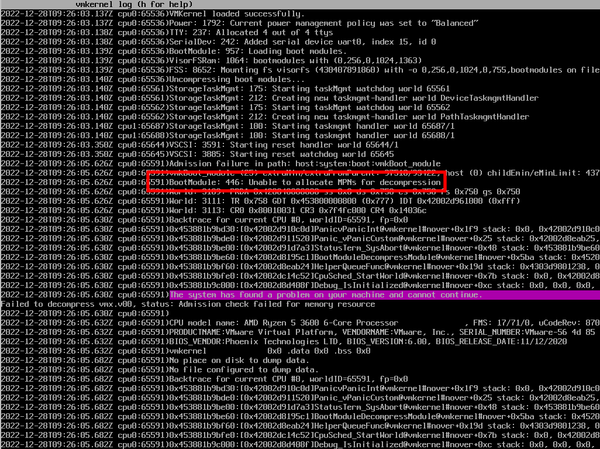 Although I am not sure what "MPNs" stands for, the string "allocate" usually refers to memory allocation of a program or process. Could it be related to the memory of this VM?

ESXi 8.0 requires a minimum of 8 GB of physical RAM. Provide at least 12 GB of RAM to run virtual machines in typical production environments.

After turning off the VM, increasing the memory to 8GB, the installation was attempted again. And this time the setup continued: 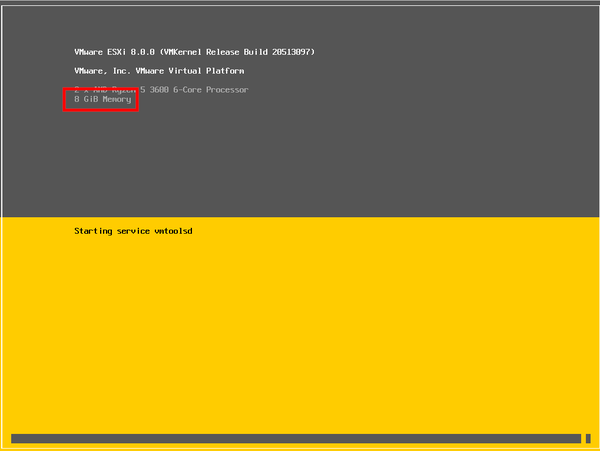