In the previous years I used a Western Digital MyBook World II (2x 500GB - Raid 1) as my personal backup device. For this purpose it was OK, as it's a very slow device. But as the MyBook slowly turned into an active share for my home network it came to it's limits. It's not very efficient to copy files with a rate of max ~11 MB/s when using a Gbit link. Time to upgrade and get a real thing!

A few weeks ago, a colleague told me that HP also produces Micro Servers for a very good price. I got a look at the N40L and it seems to have the exact requirements for a fast file server.

This little server features 4 x 3.5" disk slots and a dual core AMD Turion II processor at 1.5GHz. There are a lot of external USB slots, so additional external hard disks can be attached. I took the model with an embedded DVD RW drive to be able to burn data to discs if necessary. Another cool feature is an internal USB slot, which I used to install the operating system (Debian Squeeze) on. So the whole OS and its configuration is booting from the USB stick, while the disks are only for data.

On /dev/sdc I created only a single partition which is mounted as / (root file system), formatted as ext3. The whole Debian Squeeze OS is installed on the stick. Of course this is a command-line only installation, otherwise the 2GB wouldn't probably suffice. As of now the OS (with Samba as file server already installed and running) uses around 40% of the 2 GB.
On /dev/sda and /dev/sdb I created the same disk layout: A single partition for LVM. After that I created the software raid and created a Volume Group in the LVM Manager. The VG called vgdata uses the created raid device /dev/md0 of course.

After the first successful boot, I set up the logical volumes: lvswap (4 GB) and lvdata (as for now 500 GB). To activate the swap, I did this:

Once lvdata was formatted as ext3 and mounted, Samba was configured. Then finally the copy test! I copied some media files with a size of several GB to the share and the average copy/write rate was at ~70 MB/s. This is pretty much the full speed of the two disks in a raid 1. Of course this speed could be increased if I added two more disks and created another raid type, e.g. raid 5. But if I compare with what I had before I'm more than happy.

So enough now with the talk. Let's see some pictures. 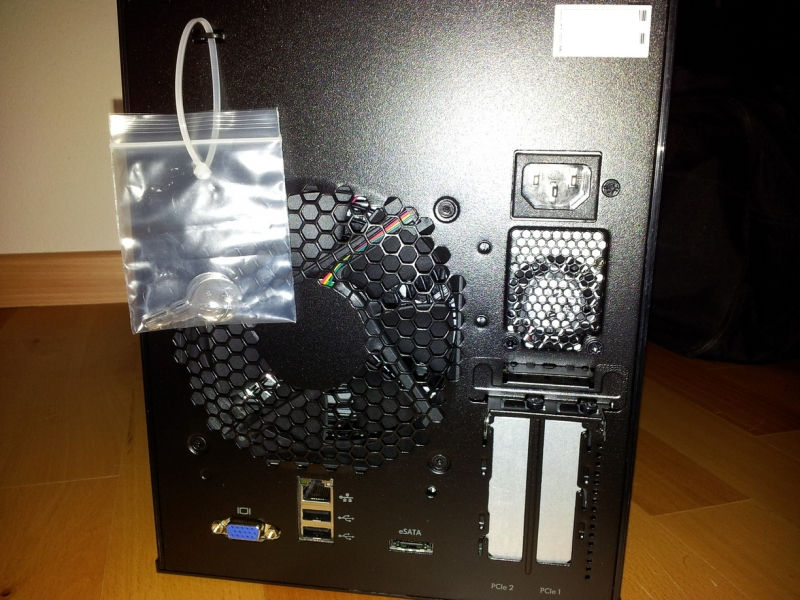 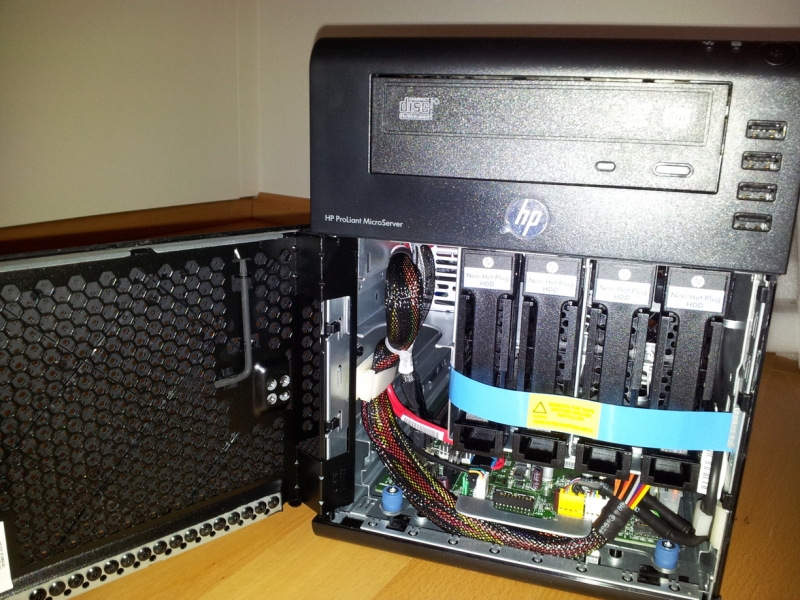 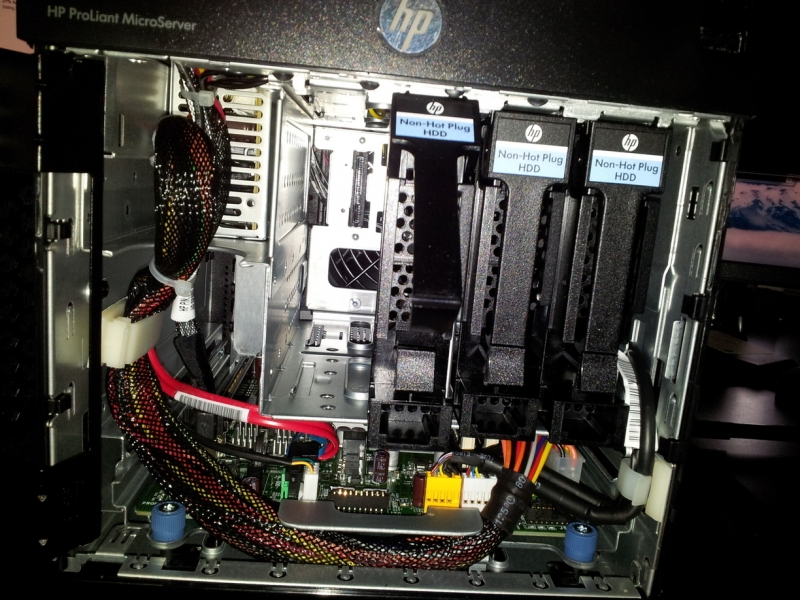 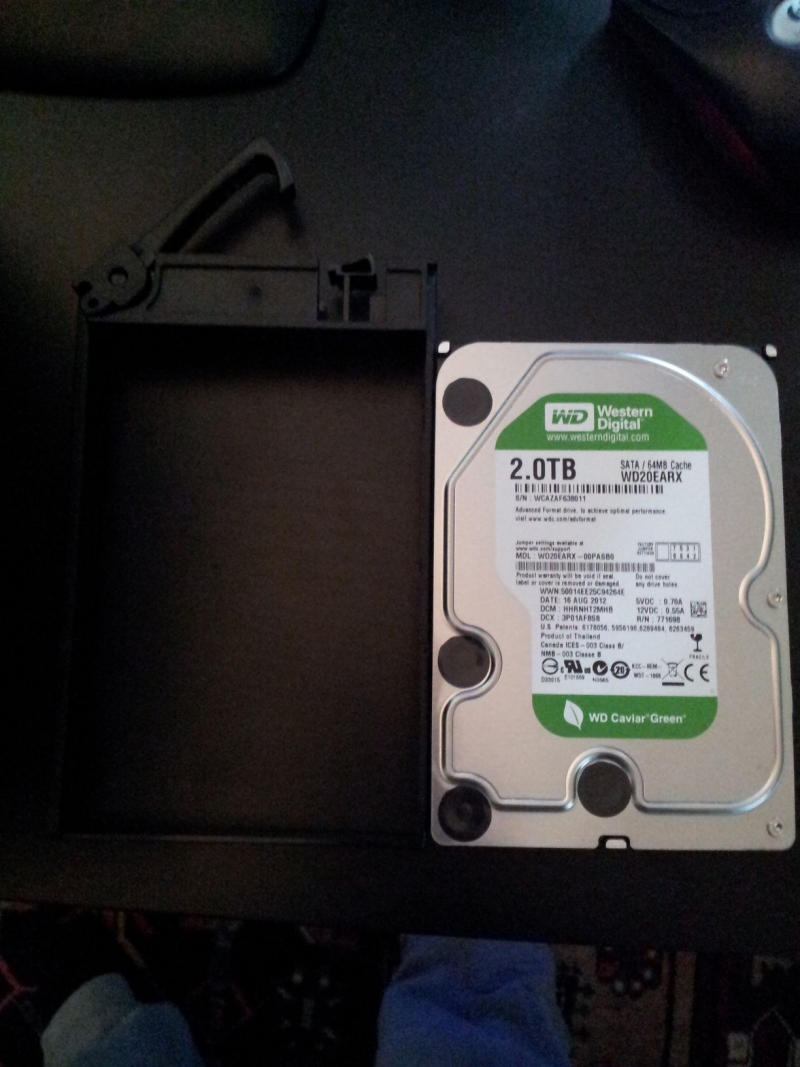 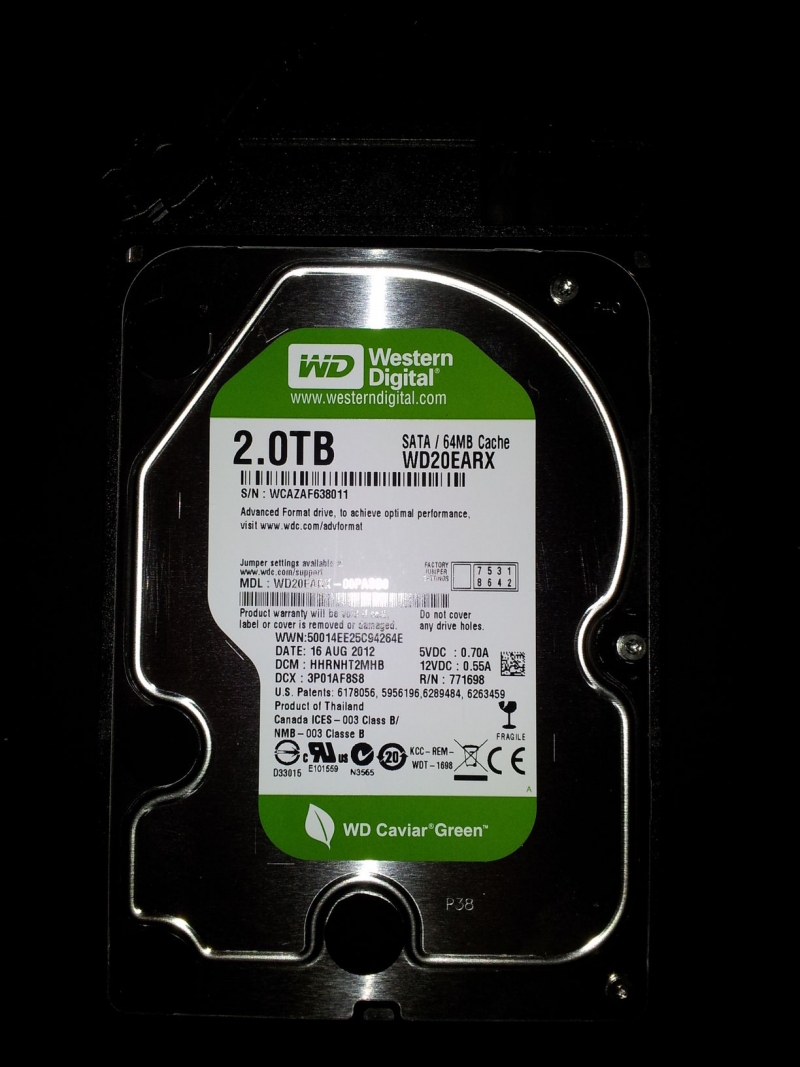 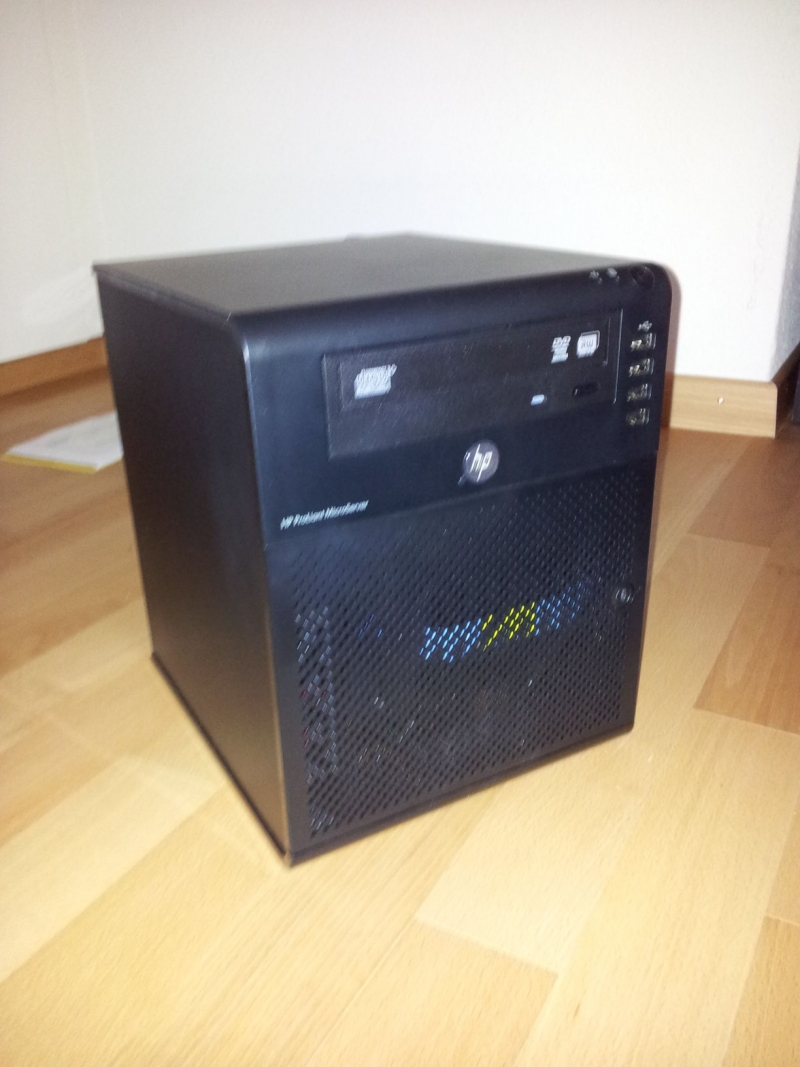 I reinstalled the server yesterday (bought a faster and bigger USB stick). Am using ext4 this time. I could've also just changed the fstab file and changed ext3 to ext4 if I were to continue with the old stick (there is no "formatting" necessary).

Hello Thomas,
Don't know if you're joking or not, but RAID-1 is the slowest (there's no striping of disks).
I actually didn't care which FS to use, I must have taken ext3 out of habit. The noise production is OK. You really have to sit right next to the micro server to hear it. I suppose as long as you don't put it into your bedroom you won't really be bothered by it. ;-)

I thought raid5 is slower than raid1 ;-). Why do you using ext3 instead ext4 and what about the noise production, can you place it in your living room?

i found you through the Nagios-Equallogic-Plugin.
However i wanted to mention, that you might also check OpenMediaVault.
I'm not related to it, i just installed it on my Acer H340 for the same reasons (more speed for Backup etc ;)
But i had real trouble, running it from USB-Thumb. In the end i decidet to install it to Harddisk :/ A Nice guy in OMV-IRC Channel told me, i could connect an old, small 2.5 Notebook-HDD to the USB-Slot and install the OS there. Just a thought ... ;)

PS: The Answer to your Captcha is VMWare, why did it block me? >.<