In the past few days I realized that the Bluetooth connection between my phone (Samsung Galaxy S2/GT-i9100) didn't work anymore. It would pair and lose the connection every 5 seconds - making it impossible to make a call. But it wasn't always like that.

I did option 1 and installed 10.1.3-RC2. The phone immediately got hot and I remembered that on RC2, Cyanogenmod had a very annoying battery-eating bug. 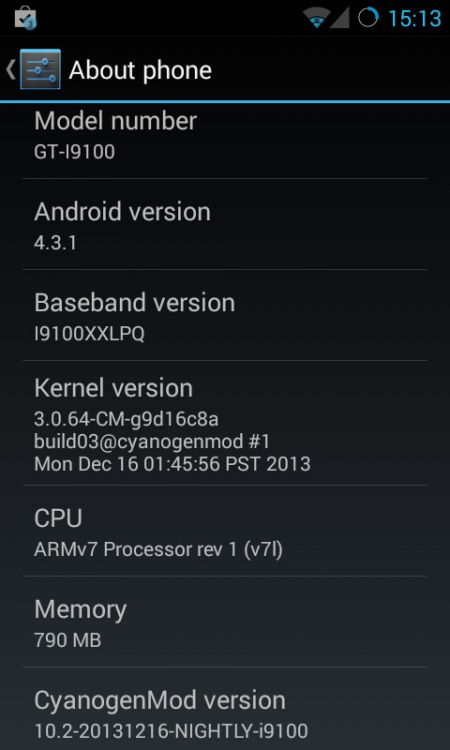 One weird thing though: Whatsapp isn't "synced" with my contacts anymore and only displays the numbers instead of the names.

Update:
Whatsapp was launched with activated "Privacy guard" which prevented Whatsapp from accessing the contacts. That's why the names didn't show up. After disabling the Privacy Guard for Whatsapp, this worked fine again.
After a reboot I experienced a very strange "stuck on boot screen" issue. Read the next article (Installed CM 10.2 on GT-i9100 (Galaxy S2): Stuck on boot screen) for more information.