Federal statistics: A must for Swiss citizens 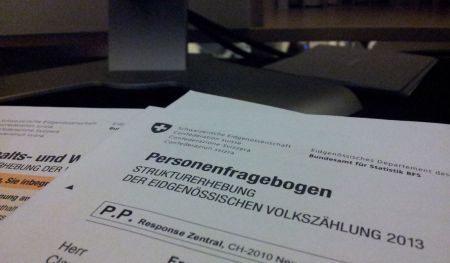 3% of Switzerland's citizens got such a letter where personal information (with how many people do you live, where do you work, what languages do you speak, etc) is asked.

Besides the forms there was also a letter attached, describing the purpose of the statistics. And one sentence clearly stating, that I must answer all questions:

[...] Because of this reason, the federal government has declared the participation as mandatory.

Oh well. No choice then. This one's for free, Switzerland. The next time I'll charge you ;-P.