For a VPN connection, I wanted to install a new Cisco AnyConnect Client Software on my Windows 7 machine. As I happened to already have an older version installed (Cisco VPN Client 5.0), I first wanted to uninstall the older client.

Not that easy it turns out. The installed application didn't even appear in the list of "Programs & Features". And in the application folder itself there was no exe or msi file to uninstall the software. Crap.

Interestingly I found an article which explains steps to manually uninstall the software. The registry keys got me curious so I took a look at them.

And there I found an interesting registry key called "UninstallString": 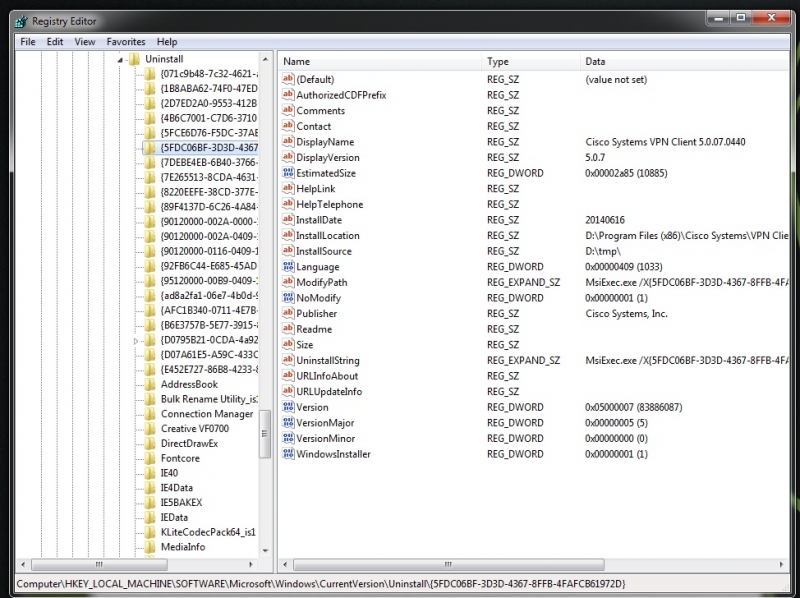 I simply copied the content of this string into a command prompt box (launched as Administrator), inserted the UninstallString value and the automatic uninstall of Cisco VPN Client started: 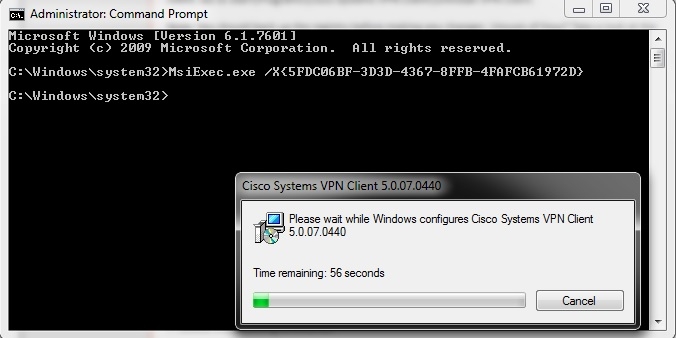 Great, this is what I needed. I was trying to uninstall the previous version using TeamViewer, so I wasn't able to log off the user and user my admin credentials. Thanks for that!