Yesterday we finally enabled encrypted HTTP using TLS connections on https://www.nzz.ch, one of the largest newspapers in Switzerland. Besides the "switch" on the load balancers - which was the easy part - there was a lot of work involved between many different teams and external service providers. During the kickoff meeting a few weeks ago I was asked how the load balancers would perform when we enable HTTPS. I knew that the additional encryption of the HTTP traffic will use more CPU (every connection needs to be en- and decrypted), but I couldn't give a accurate number. But what I was sure of: We're not in the 90's anymore and the servers can handle additional load.

Well, yesterday was the big day and as soon as I forced the redirect from http to https, the CPU load went up. The network traffic itself staid the same so the increased CPU usage is caused by the http encryption. But see for yourself: 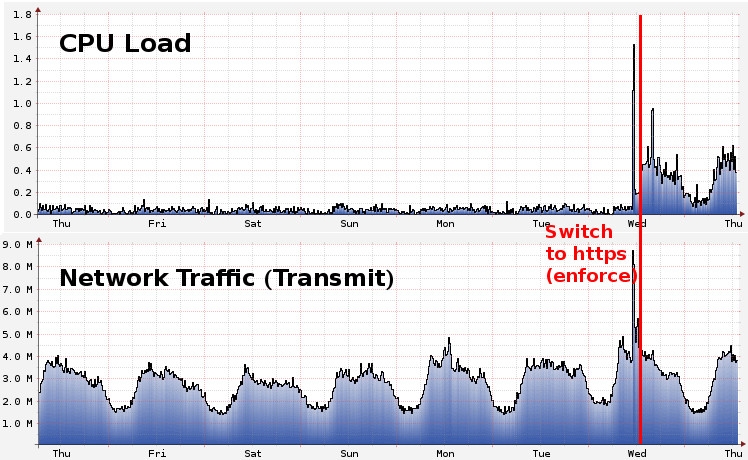 Based on these graphs it's fair to say that encrypted http traffic uses around 4x more CPU than before.