More or less two weeks ago, I tweeted about my NAS (Debian Jessie running on a HP Proliant N40L micro server) is dead because the USB Flash Drive (on which the OS was installed) died.

I removed the supposedly dead USB drive, inserted a new one and installed a fresh Debian (Stretch this time) on it. Took quite some time, given the USB flash drive was very slow to write on to, but eventually my NAS was up again. 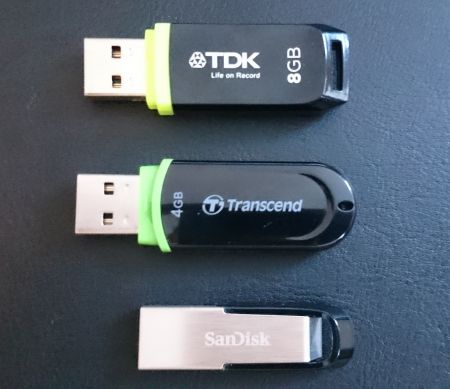 All drives were inserted into the same USB 2.0 port so they can operate with the same bus speed (the Sandisk Ultra supports USB 3.0 but this wouldn't be a fair comparison to the older pen drives).

A typical test run starts with the f3write command on the filesystem mounted from the pen drive:

Followed by the read operation of these created files:

Show me the results!

Here are the results for the speed comparison:

Clearly the Sandisk pen drive is much faster on write speed but only twice as fast on read speed. Anyway, thanks to this benchmark test the Sandisk drive will become the new USB flash drive for the NAS server.