Something very annoying hit me today when using Terminator: As soon as I switched to "Broadcast all" or "Broadcast group", the primary window would get the correct keyboard input, but all the others would get each character twice.

Let me show that in an example: 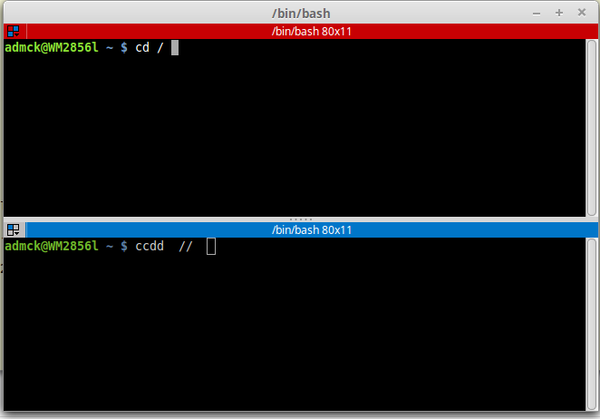 As you can see, in the not-selected window below, each entered character is appearing twice.

This was working last week, I am sure. So what did change?

ibus is to blame

On my research I pretty quickly came across an Ubuntu bug on the terminator package, which is about that problem. The comments of that bug report led me to "ibus". According to Ubuntu's ibus help page, ibus is:

Interesting... I don't use a multilingual input. But now that I've read this, I suddenly remembered that this weekend I noticed a sudden change of keyboard input which was set to US-English instead of my default of Swiss German. And I would certainly not change that as I'm using a Swiss German keyboard layout.

So how and why did ibus come on my system? Or has it always been running?

No, zoom is actually to blame!

ibus was obviously installed a couple of days ago, just after 10am. But why? This is the same time I was invited into a Zoom meeting and installed the package for Linux Mint:

So the installation of the zoom deb package caused an installation of a dependency; ibus in this case. Besides ibus the zoom package also changed my default keyboard layout, as written above. Not nice!

Killing ibus and it works

But is it actually ibus causing the problem, as meanwhile suspected, or is it something else? Let's try this and kill the ibus daemon process:

OK, the ibus processes are gone. What about terminator? 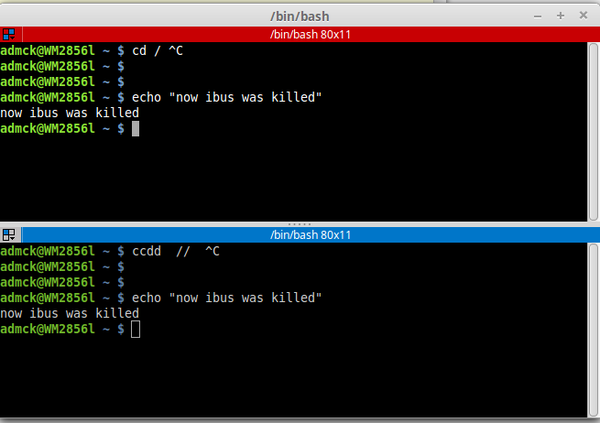 Finally the input is showing up correctly, in both windows.

If something gets me mad...

... its a package installation which brings some "hidden inconveniences" with it. Of course I immediately uninstalled the zoom and the packages which were installed as a dependency to zoom.

If someone from Zoom reads this, please clean this up. Thanks. This happened on Linux Mint 17.3 Cinnamon 64bit by the way.

The same issue exists on Fedora 31. I do not have Zoom installed. However, the ibus seems to be the issue here too. Once I killed the daemon the broadcast got fixed.

I use several keyboard layouts and switch between them via the "Keyboard Layout Handler". Ibus installed via Zoom totally broke my setup and caused the handler to randomly freeze. Unfortunately, it sometimes freezes before I can kill ibus, and it doesn't come around later :-(

In my case Microsoft Teams Insiders was the culprit. Thanks for this tip.

Excellent. Saved me a hair tearing.