On my quest to build an environmental sensor using a Raspberry Pi 3b+ board and an Adafruit CCS811 VOC sensor, I stumbled across a couple of challenges. Most of them will be described in a separate article sooner or later, but this time I stumbled across a problem with a PoE (Power over Ethernet) splitter/adapter from DSLRKIT.

Everything looks good - from far away

Before the PoE splitter was bought, the description of the product was of course checked and also the output power verified with the needs of a Raspberry Pi 3b+. Both product description and the outgoing power seemed to match the requirements for the RasPi 3b+. 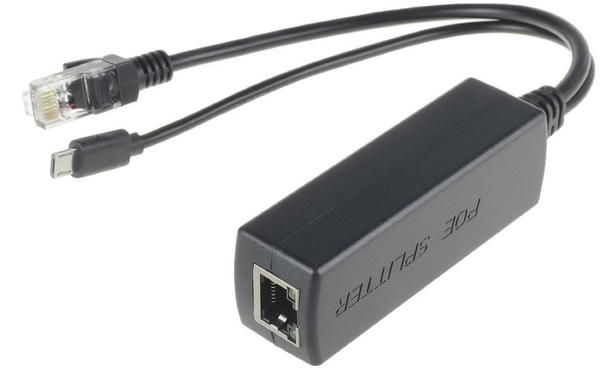 So far so good.

Once the PoE splitter was installed and connected, the Raspberry Pi 3b+ did indeed power up! But I noticed no flashing led on the Raspi's network interface. 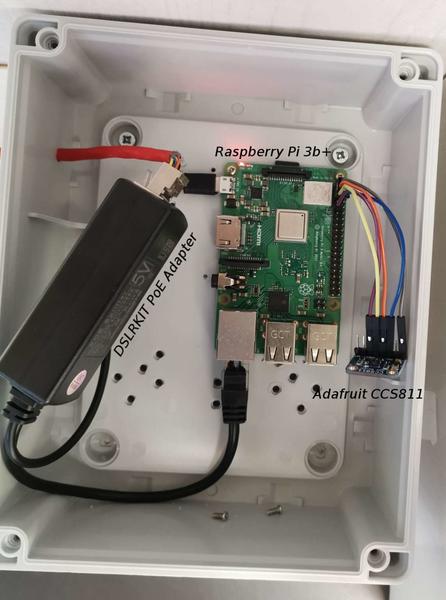 A couple of ping checks from my computer confirmed: There's no network link. But why's that?

According to a couple of comments on Amazon this PoE splitter does not work on Raspberry Pi 3b+ boards:

PoE negotiation and power works fine on Raspberry Pi B3+. However, no link negotiation meaning the network connection doesn't work - make the product unusable for raspberry pi 3B+ - User Mirabis

"Should've read the comments before buying" I told myself. But I didn't give up yet. I contacted DSLRKIT, initially to organize a refund. While waiting for an answer from them I did some tests by using a wireless LAN connection instead of a wired connection. Unfortunately this failed due to (most likely) too weak WLAN signal. However I got an interesting answer from DSLRKIT mentioning a 100Mb connection. The current in production PoE switch is a Gbit switch (Trendnet TPE-TG82G). Might there be a compatibility problem between the PoE splitter and the PoE switch?

I took an older PoE switch with 100Mbit ports and tested the connection: It worked, out of the box!

Connected to the Gbit PoE switch again: The same problem: No network link. I'm on to something!

On the Raspberry Pi side, which runs Raspbian (based on Debian), the ethtool program can be installed and the network interfaces can be manually adjusted to other settings, for example manually setting the interface speed.

To do this at boot time, the interface speed (and other settings) can also be set in /etc/network/interfaces using the "link-XXXX" options (see /usr/share/doc/ethtool/README.Debian for more details):

# Please note that this file is written to be used with dhcpcd
# For static IP, consult /etc/dhcpcd.conf and 'man dhcpcd.conf'

After a shutdown of the Raspi and a new connect to the PoE splitter, the Raspbery Pi 3b+ booted up - and showed network link! Hurray!