After replacing a physical drive from a software raid on Linux, the replaced drive should not be thrown away (or sold) without properly erasing the data on it first. As long as the drive is somewhat working, anyway.

When connecting the (replaced) drive to another Linux system (e.g. with a SATA connector/adapter), you should first remove the so-called RAID superblock. This block still contains the information from the RAID array this drive was previously part of. 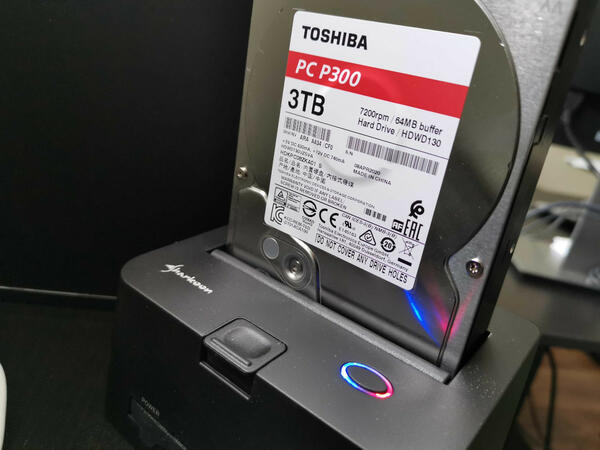 After the drive was connected, you should be able to see the drive appearing as /dev/sdX. You could check the output of dmesg or lsblk to find the correct device letter.

In this case, the drive was detected as /dev/sdd.

Let's wipe the RAID superblock on /dev/sdd with mdadm:

--zero-superblock
If the device contains a valid md superblock, the block is overwritten with zeros.

In this situation the --zero-superblock action did not work on the drive. The reason is that the Linux Kernel automatically spun up a new array for the new drive:

Note the RAID array md127: It appeared on its own and lists the first partition of the newly connected drive /dev/sdd.

We first need to stop this RAID array:

And now --zero-superblock should work:

An alternative would be the wipefs command. This should (according to the man page) also remove the mdadm superblock and other informational "signatures":

wipefs can erase filesystem, raid or partition-table signatures (magic strings) from the specified device to make the signatures invisible for libblkid.  wipefs does not erase the filesystem itself nor any other data from the device

wipefs also removes the partition table of a drive:

Removing the RAID information from the drive is not enough - the drive still contains partitions and the data itself. There are a couple of methods which can be used to completely wipe the data off the drive. dd would be a command which would do the job. Another command I recently came across is shred.

shred not only works on mounted file systems, it also works directly on drives:

Depending on the drive's size (here a 3TB drive), properly erasing the data will take some time... (so would it with dd).