VMware: Cannot extend virtual hard drive in vSphere UI, greyed out size - how to solve it and increase physical volume in Linux VM

On a VM, running on VMware vSphere 6.7 and ESXi 6.7, the possibility to extend the virtual hard disk was greyed out: 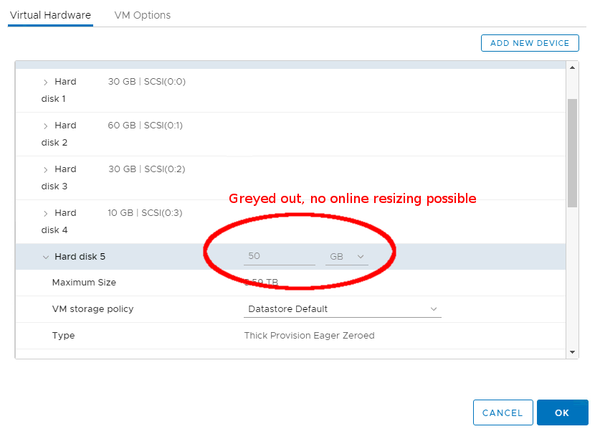 I checked with a couple of other systems and it was possible on all of them. What would be the difference between this particular VM and the others?

The snapshot, of course!

After some minutes of trying to spot a configuration, which would prevent online resizing, the reason was finally found: There was an snapshot on this VM! 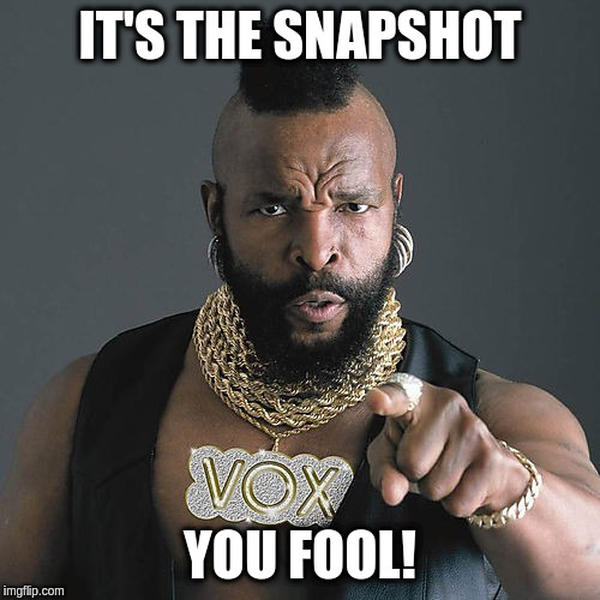 Unfortunately in the new web-based vSphere user interface, an active snapshot cannot be seen as fast as in the earlier vSphere days (VMware Infrastructure and vSphere GUI). To check if a virtual machine still holds a snapshot, the "Actions" drop down menu needs to be opened, followed by the "Snapshots" entry to then finally click on "Manage Snapshots".

And here, finally, the snapshot can be deleted: 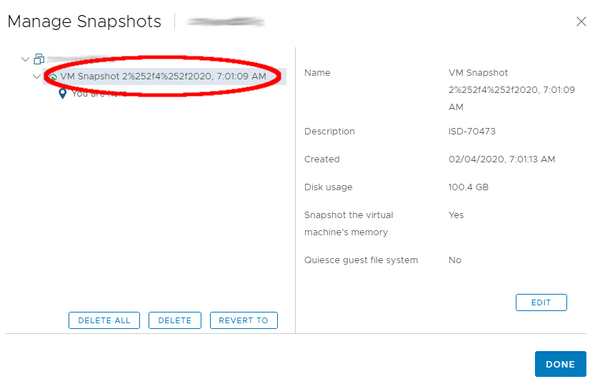 Back to online resizing

Once the snapshot was deleted, the virtual hard disks could be (online) resized again: 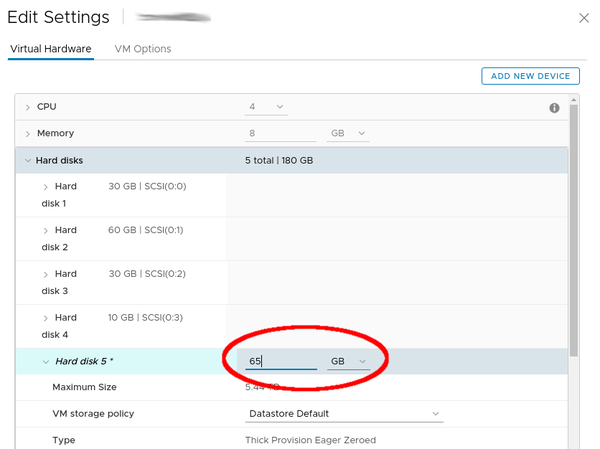 Online resizing in the VM (Linux)

Once the virtual hard disk was extended (not shrunk!), the virtual hard drive can be extended within the operating system (here CentOS Linux), without downtime, too! This was already explained in an older article (Dynamically increase physical volume (PV) in an LVM setup on a VM) but for the sake of completeness of this article, here's the info again.

First the correct drive needs to be identified:

In vSphere UI the 5th hard drive had an original size of 50GB and as there is only one physical volume with that size (SDE) the drive is identified!

Note: The order of hard drives in vSphere UI does not forcibly match the order in the OS, watch out!

We can now tell the Kernel to rescan this particular drive (sde). To do this, the exact scsi device path needs to be found first:

And then the Kernel is told to rescan this path:

With fdisk, the new size can already be seen:

And voilà, the new space is available in the VG: