After upgrading Linux Mint from 18.3 to the currently newest release (20.1) for a hardware upgrade with an AMD B550 motherboard, this also upgraded the Ubuntu packages in the background from 16.04 (Xenial) to 20.04 (Focal).

There were only a few gotchas to solve, but all the important stuff worked out of the box. In general the update was smooth.

However when I needed to open a specific attachment in Keepass 2, I only got an "Access denied" error: 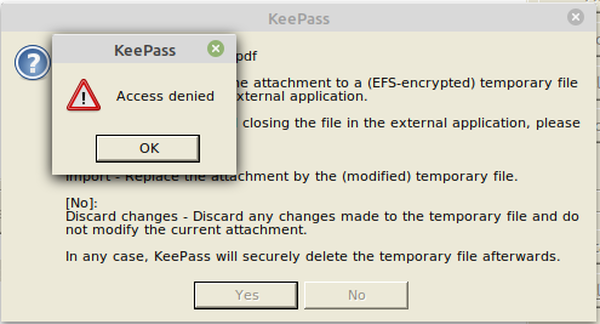 Now with the most recent Linux Mint 20.1 and the Ubuntu 20.4 package repositories, the following Keepass 2 package is currently installed: 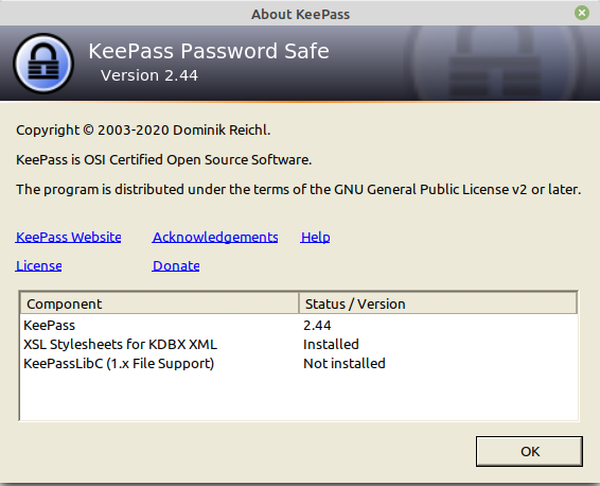 But this access denied does not only happen when trying to open an attachment. When clicking on one of the links (for example on the About KeePass window), another error (Cannot find the specified file) shows up: 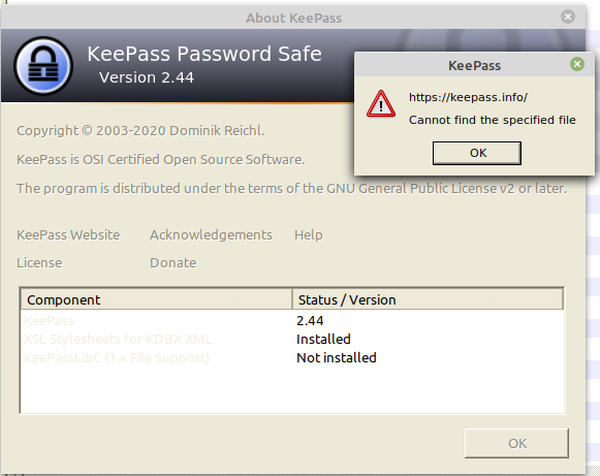 So something internally for all kinds of links (file paths and web URLs) seems to be broken since the upgrade.

Mono bug is the reason

It turns out that the source of the problem is a bug in Mono, a cross-platform open source dot net framework on which Keepass 2 is built. Issue 17204 mentions these exact two errors (Access denied and Cannot find the specified file).

According to an information in the latter bug description, a workaround was published in KeePass 2.47. And the Mono project also merged a bug fix a month ago (in February 2021). However with the Ubuntu repositories, there is no newer KeePass 2 version available (yet).

There are a lot of forks of the original KeePass project around. KeePassXC is one of these forks. The biggest advantage with KeePassXC however is that this fork does not rely on Mono, instead it's built on Qt. It is fully compatible with the kdbx password database files. And it is part of the official Ubuntu repositories as well. To install it:

The kdbx files can now be opened with KeePassXC and the attachments can be opened again. 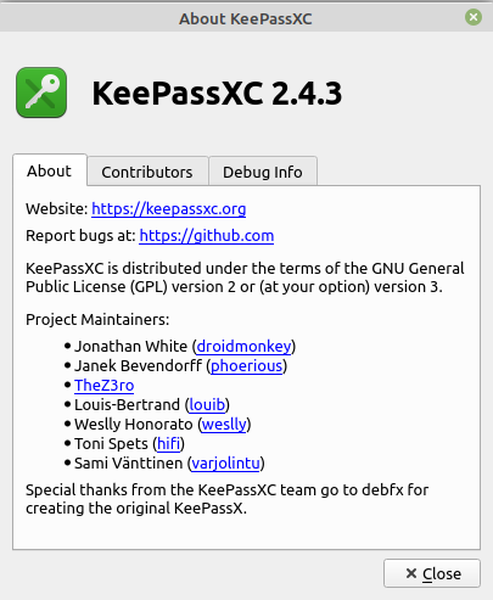 If you prefer to stay with Keepass2, you are forced to update to 2.47. As long as the Ubuntu repositories don't offer a newer version, you can use a PPA to install a newer version. There's a good step by step guide from Ubuntu Handbook how to install Keepass 2.47 on Ubuntu 20.04 and therefore Linux Mint 20.1.